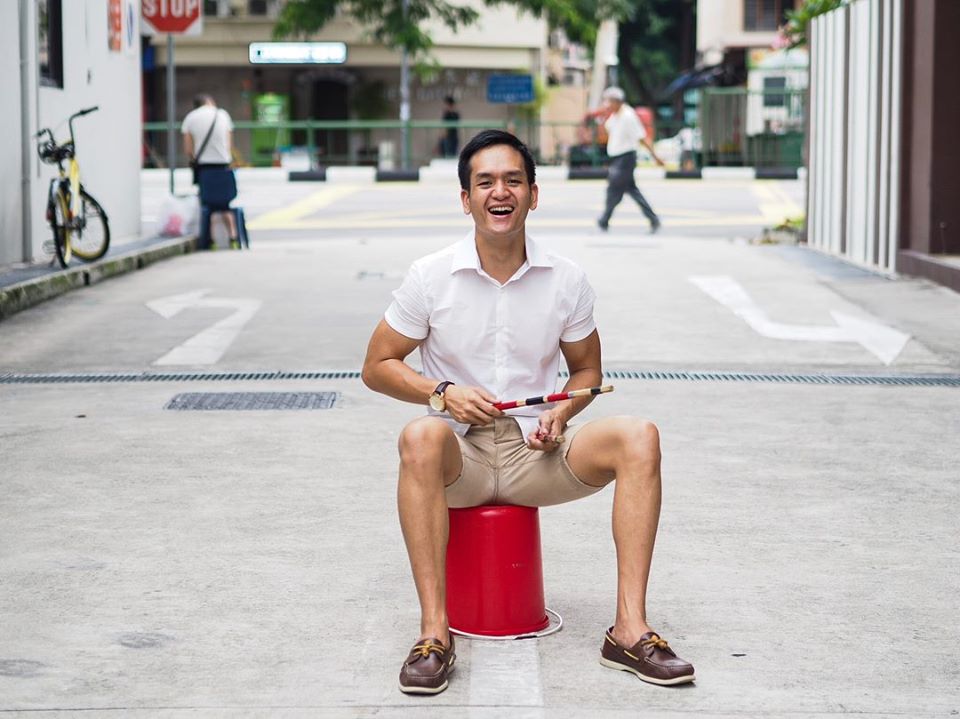 Meet Bryan! Currently serving as a staff on the Discipleship Training School (DTS) team! He did a School of Biblical Studies in 2016 and he has since been staffing on various DTS schools.

He enjoys working out (running, sports, you name it!). Playing games on consoles and handhelds is another hobby that he enjoys and one of his favorite RPGs is none other than kingdom hearts. He plays the drums and he enjoys music!

At the age of 20, Bryan was ready to sign on with the air force as a pilot. He enjoyed the regimental lifestyle that the army provided and was ready to build his life's career there. But as the training progressed, he found out that there were certain physiological deficiencies that hindered him from flying. That was quite a huge blow to him at the time, but some time later, his father asked him to consider doing a DTS. He agreed to it and went for it despite not knowing what a DTS was at the time. During the school, God met him in a powerful way and touched his life, taking away addictions that were in his life. And eventually he felt God lead him to join as a staff with YWAM, to serve on more Discipleship Training Schools.

In spite of the setbacks and disappointments that he's had to endure in his life, Bryan's desire to obey and to make the choice to trust God in life's journey has been the motivating factors for him to do what he does till this day. Catch Bryan around the base if you ever pop by!
#ywamsg #beautify