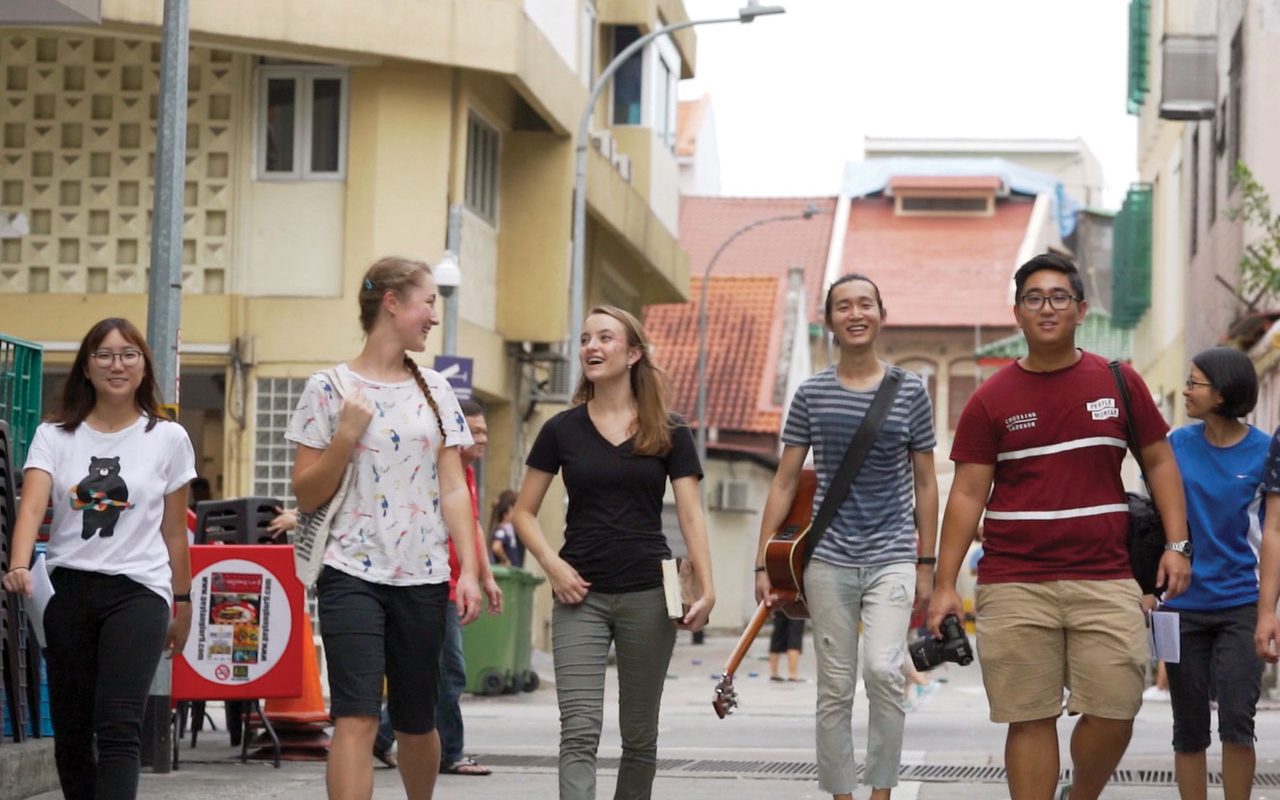 YOUTH WITH A MISSION

Youth With A Mission (YWAM) was founded in 1960, it is a global movement of Christians from many cultures, age groups, and Christian traditions, dedicated to serving Jesus throughout the world. Also known as YWAM (pronounced “WHY-wham”), we unite in a common purpose to know God and to make Him known. We currently work in more than 1,100 locations in over 180 countries, with a staff of over 18,000.

YWAM is broad-structured and diverse, yet integrated. We are a global family of ministries held together by shared purpose, vision, values and relationship. We believe that structures should serve the people and the purposes of God. Every ministry at every level has the privilege and responsibility of accountability to a circle of elders.

YWAM Singapore is part of a ‘family of ministries’ with over 80 full-time staff (YWAMers) and volunteers working in training, evangelism and mercy ministry . YWAM Singapore was registered in 1973 as a private entity but it wasn’t until 1980 that we ran our first Discipleship Training School (DTS) at Fidelio Street, Siglap. In our 40 years of ministry thousands of people have been impacted in Singapore and many nations across Asia and beyond.

As a mission, we see ourselves serving as a springboard from which many launch off into the Asian harvest fields. Along with churches and other Christian organizations in Singapore, we recognize that being the gateway to Asia is our identity and destiny as a nation.

YWAM Singapore endeavours to be a vibrant discipling community of nations and generations committed to raise a harvest force for missions into Asia and beyond. 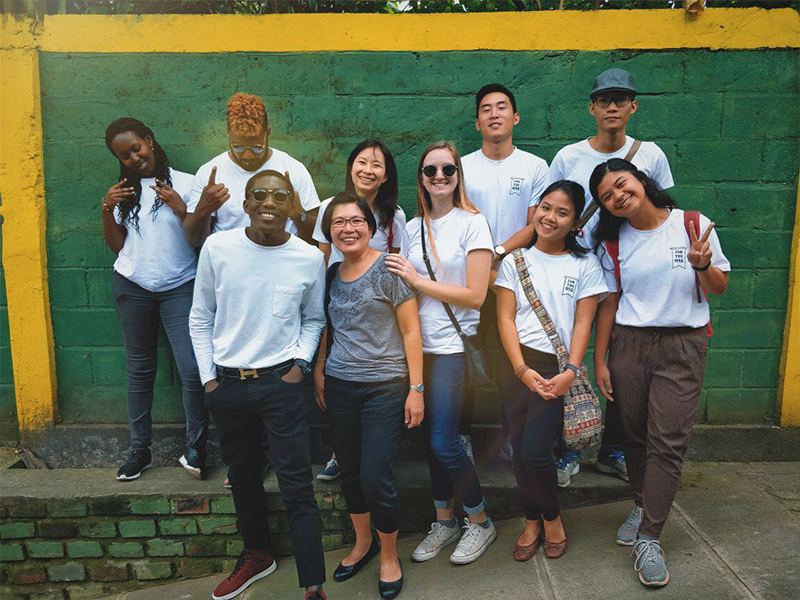 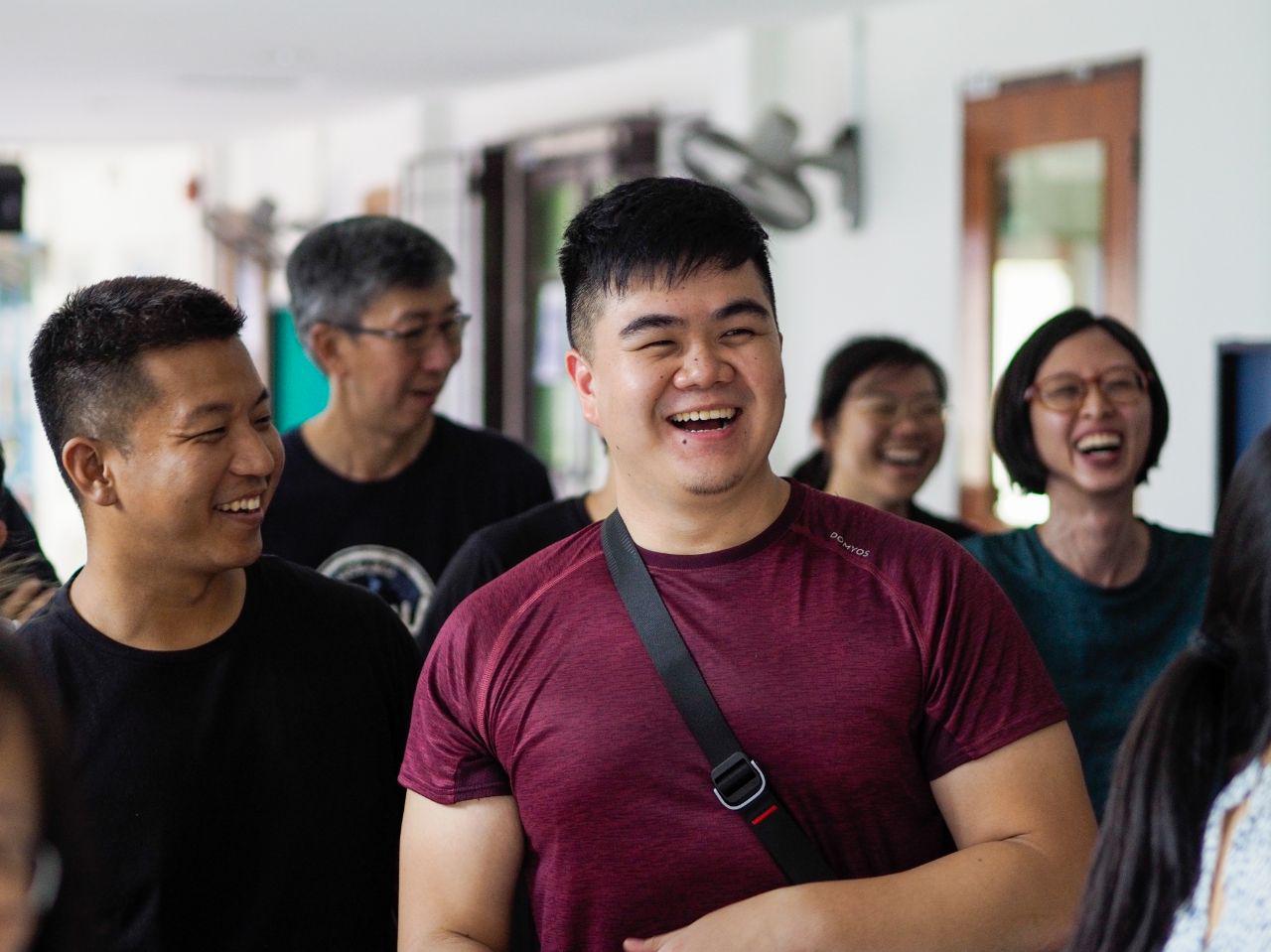 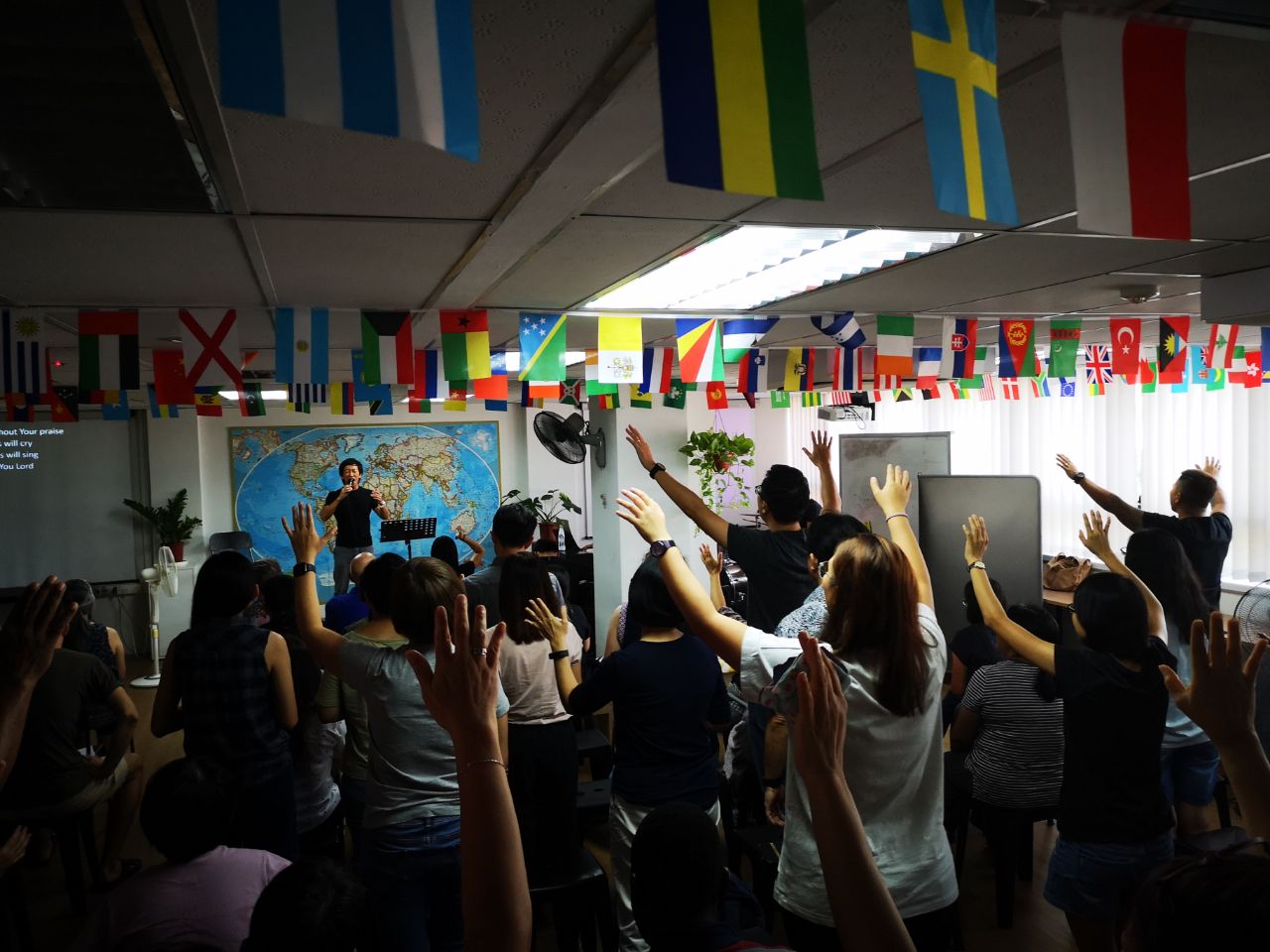 Youth With A Mission (YWAM) is an international movement of Christians from many denominations dedicated to presenting Jesus personally to this and future generations, to mobilizing as many as possible to help in this task, and to the training and equipping of believers for their part in fulfilling the Great Commission. As citizens of God’s kingdom, we are called to love, worship, and obey our Lord, to love and serve His body, the Church, to love all peoples everywhere, which includes presenting the whole Gospel for the whole person throughout the whole world.

We of Youth With A Mission believe in God – Father, Son and Holy Spirit – and that the Bible is God’s inspired and authoritative Word, revealing that Jesus Christ is God’s Son; fully God and fully human; that people are created in God’s image; that He created us to have eternal life through Jesus Christ; that although all people have sinned and come short of God’s glory, God has made salvation possible through the incarnation, life, death, resurrection and ascension of Jesus Christ; that repentance, faith, love and obedience are fitting responses to God’s initiative of grace toward us through the active ministry of the Holy Spirit; that God desires all people to be saved and to come to the knowledge of the truth; and that the Holy Spirit’s power is demonstrated in and through us for the accomplishment of Christ’s last commandments, “Go into all the world and preach the Good News to everyone” (Mark 16:15 NLT) and ”Go and make disciples of all the nations...” (Matthew 28:19 NLT).

YWAM affirms the Bible as the authoritative word of God and, with the Holy Spirit’s inspiration, the absolute reference point for every aspect of life and ministry. Based upon God’s word, who He is, and His initiative of salvation through the atoning work of Jesus (His death, burial, and resurrection), the following responses are strongly emphasised in YWAM:

We are called to praise and worship God alone.

We are called to lead holy and righteous lives that exemplify the nature and character of God.

We are called to share the gospel of Jesus Christ with those who do not know Him.

We are called to engage in intercessory prayer for the people and causes on God’s heart.

We are called to commit to the Church in both its local nurturing expression and its mobile multiplying expression.

1. KNOW GOD - YWAM is committed to know God, His nature, His character and His ways as revealed in the Bible [...]

2. MAKE GOD KNOWN - YWAM is called to make God known throughout the whole world, and into every arena of society [...]

3. HEAR GOD's VOICE - YWAM is committed to creating with God through listening to Him, praying His prayers and obeying His commands  [...]

4. PRACTICE WORSHIP AND INTERCESSORY PRAYER - YWAM is dedicated to worship Jesus and engage in intercessory prayer as integral aspects of daily life. [...]

5. BE VISIONARY - YWAM is called to be visionary, continually receiving, nurturing and releasing fresh vision from God. [...]

6. CHAMPION YOUNG PEOPLE - YWAM is called to champion youth. We believe God has gifted and called young people to spearhead vision and ministry. [...]

8. BE INTERNATIONAL AND INTERDENOMINATIONAL - YWAM is international and interdenominational in its global scope as well as its local constituency. [...]

9. HAVE A BIBLICAL CHRISTIAN WORLDVIEW - YWAM is called to a biblical Christian worldview. We believe that the Bible – the textbook for all of life – makes a clear division between good and evil [...]

10. FUNCTION IN TEAMS - YWAM is called to function in teams in all aspects of ministry and leadership [...]

11. EXHIBIT SERVANT LEADERSHIP - YWAM is called to servant leadership as a lifestyle, rather than a leadership hierarchy. [...]

12. DO FIRST, THEN TEACH - YWAM is committed to doing first, then teaching. We believe that firsthand experience gives authority to our words. [...]

13. BE RELATIONSHIP-ORIENTED - YWAM is dedicated to being relationship-oriented in our living and working together. We desire to be united through lives of holiness, mutual support [...]

14. VALUE THE INDIVIDUAL - YWAM is called to value each individual. We believe in equal opportunity and justice for all. [...]

15. VALUE FAMILIES - YWAM affirms the importance of families serving God together in missions, not just the father and/or mother. We also embrace the inclusion of single-parent families. [...]

16. PRACTICE DEPENDENCE ON GOD - YWAM is a volunteer movement called to practice a life of dependence upon God for financial provision [...]

17. PRACTICE HOSPITALITY - YWAM affirms the ministry of hospitality as an expression of God’s character and the value of people. We believe it is important to open our hearts, homes, YWAM locations and campuses to serve and honor one another, our guests and the poor and needy, not as acts of social protocol, but as expressions of generosity [...]

18. COMMUNICATE WITH INTEGRITY - YWAM affirms that everything exists because God communicates. Therefore, YWAM is committed to truthful, accurate, timely and relevant communication. [...]

It all began with a vision. In June of 1956, Loren Cunningham, a 20-year-old student from the United States. One night after a busy day, Loren had an unusual experience. "Suddenly, I was looking up at a map of the world. Only the map was alive, moving! I sat up. I shook my head, rubbed my eyes. It was a mental movie. I could see all the continents. Waves were crashing onto the shores. Each went onto a continent, then receded, then came up further until it covered the continent completely. I caught my breath. Then, as I watched, the scene changed. The waves became young people–kids my age and even younger–covering the continents. They were talking to people on the street corners and outside bars. They were going house to house. They were preaching.